School Board and Ward Information

The Owasso Public Schools Board of Education is responsible for establishing the policies under which the school district operates. The Board must act within the context of state and federal laws and still be aware of the unique needs of Owasso. Acting as the Chief Executive Officer for the Board, the Superintendent of Schools is responsible for administering Board policies and district regulations.

The Owasso Board of Education strives to encourage an atmosphere of communication and understanding among students, parents, teachers, and administrators. While board members are assigned to geographic wards within the district, the board serves all children in the district. 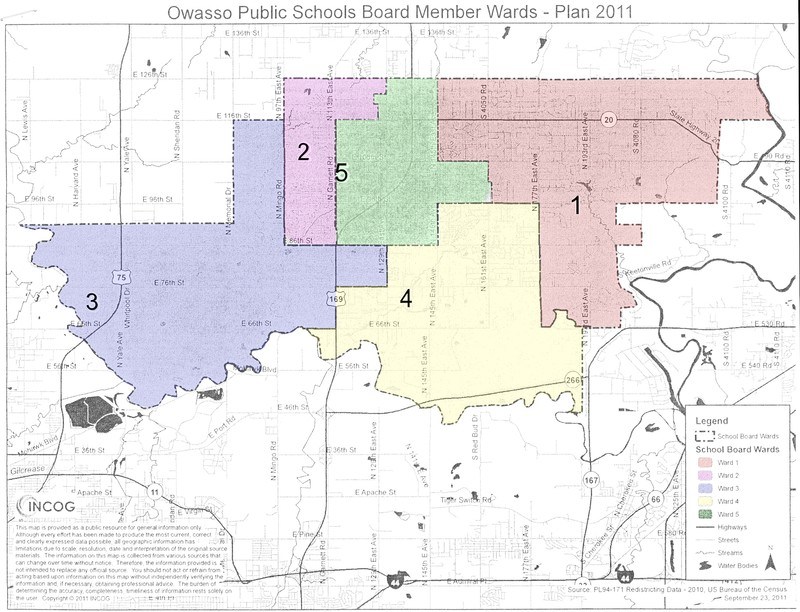